What is a VPN anonimizer? 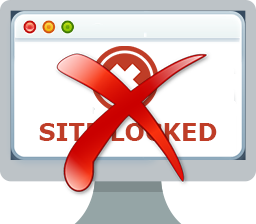 VPN allows to bypass block in of sites and torrents blocked by an Internet provider or a network administrator, to secure traffic against wire tapping, hide online activities of all applications. Unlike proxy and web-anonymizers, VPN has no limitations. It is as if you are transferred to another country, all your traffic is redirected into the VPN-tunnel and is encoded by an algorithm used to secure bank systems in many countries. While analyzing a traffic, a provider or administer only sees the server VPN address, and when using the double vpn technology — he only see san address of the first server in chain.

VPN (Virtual private network) is a technology allowing to create a network on top of another network by tunneling means (PPTP/L2TP/OpenVPN). It works in the following way: on connecting to a server which may be located in any country, the computer is assigned with the IP-address of this server, thus allowing to hide a real IP-address of the considered computer and to encode data transmitted from the computer to the server.